The spare parts program SCANIA placed on 2 DVDs and the chassis, rules of accommodation of a saddle and axes contains the information on spare parts, accessories, and also rules of change and updating, calculation of loading on a frame, etc.

The information in the program SCANIA is presented since 1985, for lorries, the chassis and buses SCANIA 3 and 4-th series, for all regions (differ with the equipment and execution{performance}).
Work with the program SCANIA it is simple, enough initial knowledge of English or German language besides in the program SCANIA there is a still more some languages, including Russian.
After installation of an environment of the program SCANIA and data on a hard disk, do not forget to specify in Multi Config a way to directories Chassi, Catalog and ServInfo, differently the program it will not be simple to work.

New additions in the catalogue – the program SCANIA now covers ALL regions (ASIA, AMERICA, EUROPE, AUSTRALIA, AFRICA). In the old version of the program SCANIAthe information only for machines{cars} of the European market contained.

Work with the program Scania.

Having entered number the chassis in a window ‘ Chassis no.: ’ and having pressed Find – in the bottom window will see decoding according to the machine{car}.
Then, by pressing key Use opportunities of the program become more active – a badge ‘ the Box ’ allows to see{overlook} (at a choice of section) and opening of subitem spare parts.
They are actions with a key ‘ Hours ’ – will allow to see{overlook} norms{rates} on the replacement, the chosen unit/unit.

Repair information only in English and Russian languages.

The 1402-issue of Scania MULTI was the last issue that supported the operating system Windows XP! 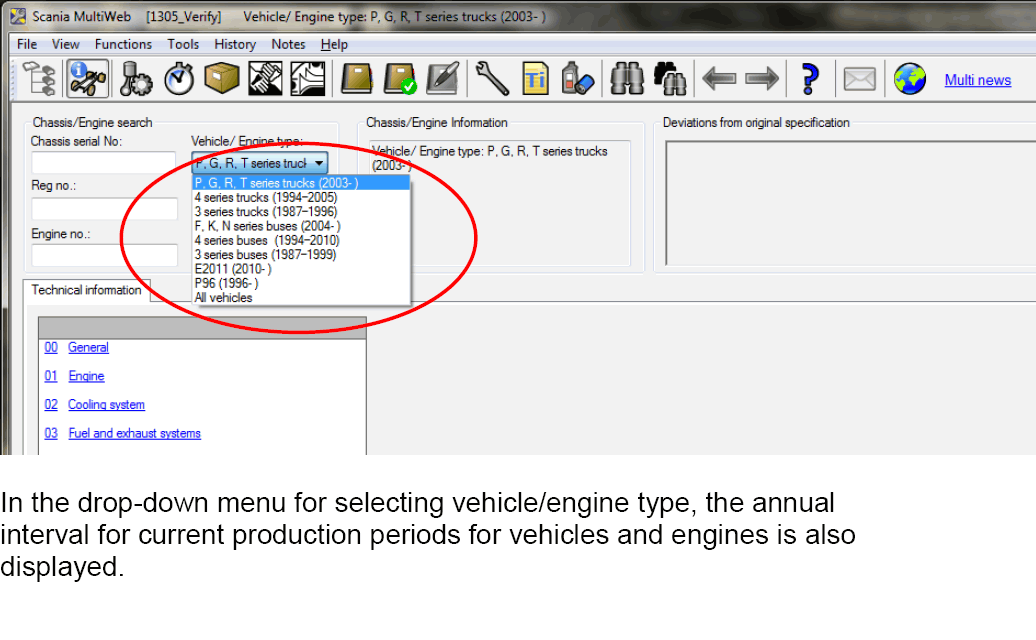 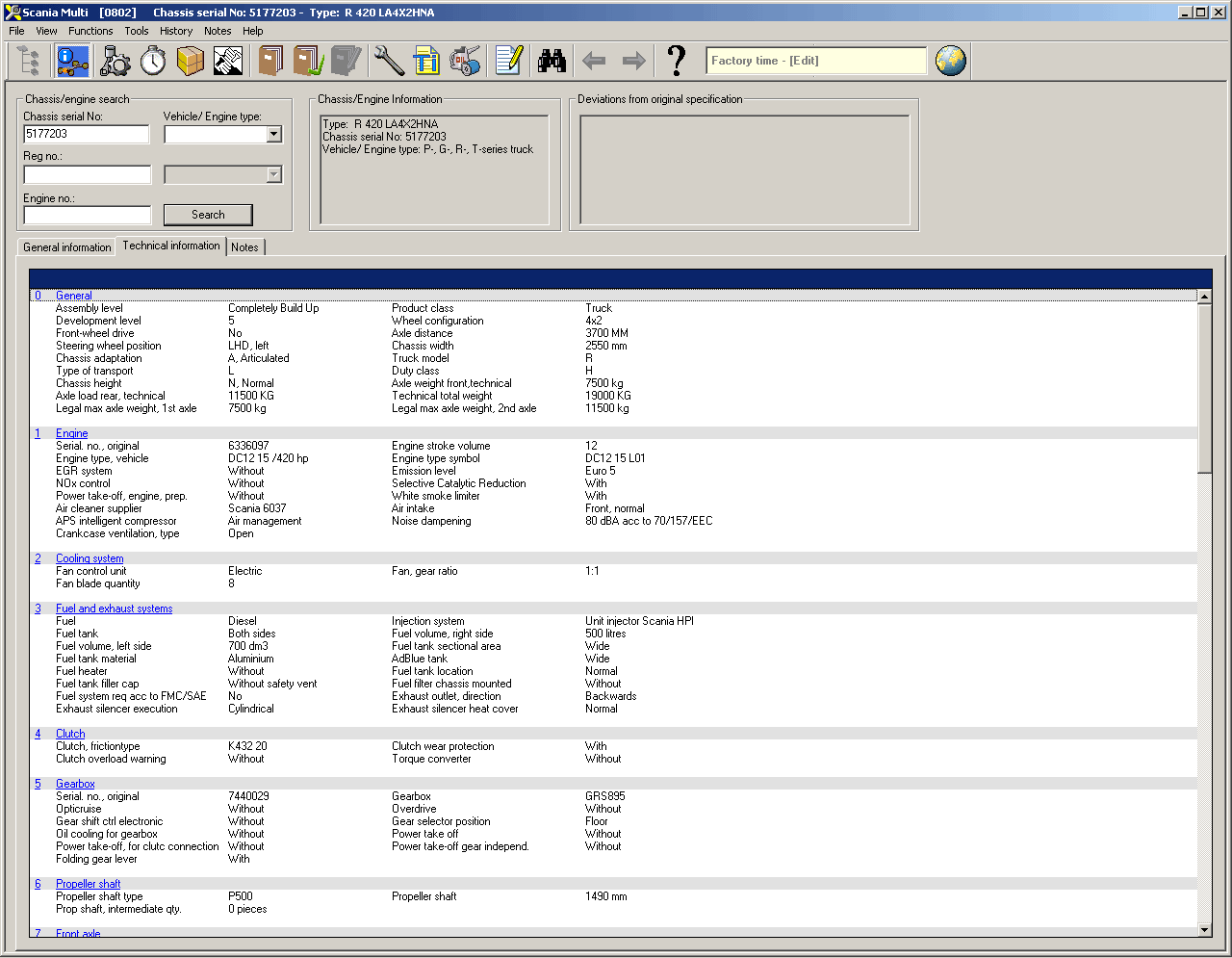 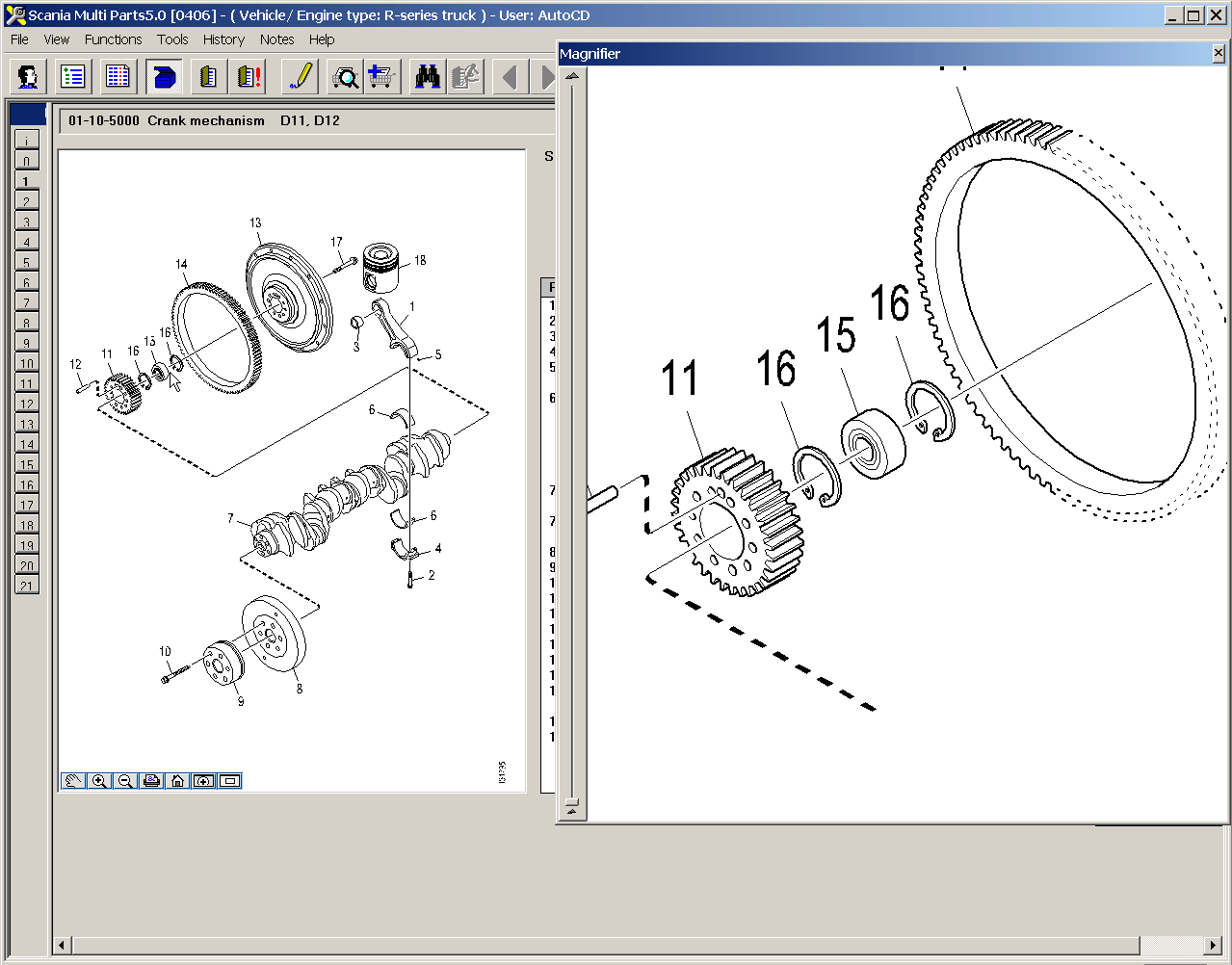 If Multi is installed together with an other program which using IsoView there might be a conflict. If it is apparent that a program is showing the wrong image in IsoView then it is important to shut down the programs and open the Windows task manager, go to processes and end process for Iso engine. 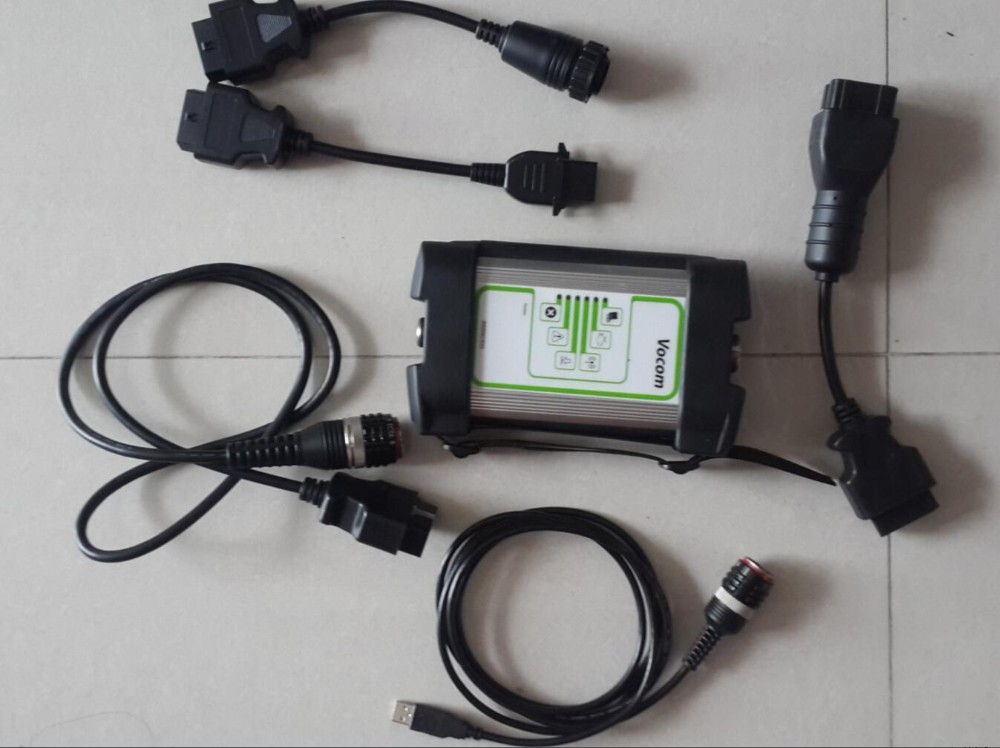